One of the rewards of hanging out at the maritime museum is the opportunity to meet and learn from some very knowledgeable history buffs. Among the most gifted and most prolific is Tom Farner. Tom has been writing the “200 Plus” column for the Sandpaper for over 40 years. I have written to Tom on several occasions when I am doing research on some ship, captain or maritime event. My note will start out with “Tom, have you ever encountered anything about _______ ?” Within a day, he will respond with one or more articles he has written about the subject containing more facts than I could find in a dozen books.

Earlier this year, Tom got me hooked on the Revolutionary War battles at Chestnut Neck on the Mullica River. This is an area about 10 miles southwest of the museum. While driving to Atlantic City on the Parkway, look down as you cross the Mullica River. That’s the spot. George Washington had a rag-tag army of volunteers who could go home after 90 days of service. His navy was even worse; practically non-existent. To compensate, the Continental Congress contracted with skilled patriot mariners to become privateers. The privateers captured British merchant ships moving along the Jersey shore, plundered the cargo, confiscated or burned the ship and took the crew hostage to be traded for Patriots imprisoned by the British. Most of the cargo was turned over to fund the Revolution. But the privateers kept enough to become very wealthy themselves. Many of these privateers used Little Egg Inlet and the Mullica River to hide their ships and their booty.

The British grew weary of the harassment from these privateers and sent a flotilla down from New York to vanquish this nest of scoundrels for good. The privateers were warned and most fled the area. A few stayed back to make the conquest costly for the British. But the invasion generally succeeded in capturing some cargo back, burning the village and some of the Patriot ships. This incursion could have been a total success but for the loss of HMS Zebra, the flagship of the invading British fleet. Zebra was hopelessly grounded when the ships were departing. Zebra was stripped of sails and set fire. Several surveys show where the wreckage is thought to be. But to this day, poor Zebra lies buried and undiscovered in the shifting mud and sand of the Mullica River.

Even though Chestnut Neck was known as a hot bed of privateer activity, there seems to be very few individual pirates whose notoriety rose to the top as daring rebels. One patriot who does appear to qualify as a humble hero is Samuel Brown of Forked River. Brown led a local militia which took part in several skirmishes to harass the British forces that tried to occupy the Jersey shore. Armed with a commission from the state he was also building a gunboat which he would use for privateering. When finally finished, the gunboat – Civil Usage –patrolled Barnegat Bay and the waters near Long Beach Island looking for any opportunity to engage the British. Capt. Brown had some success with privateering. But his most notable action was against Loyalist operating out of Clam Town (Tuckerton). After victory, Brown moved to Manahawkin and rebuilt his life. Capt Samuel Brown was one of many American patriots who answered the call and sacrificed all they had to the revolutionary cause. This is a chapter in Jersey Shore history that should be read more often. 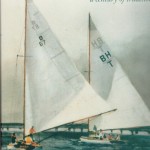 The History of Barnegat Bay A Cats 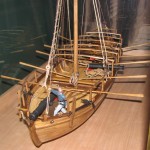