LONG BEACH ISLAND, N.J. (ABC Philadelphia, WPVI Ch 6) — It was 100 years ago that the Jersey Shore was in a panic, terrorized by sharks that killed four people in 12 days.

It started on Long Beach Island July 1, 1916, in the water just off the former Engleside Inn in Beach Haven.

Twenty-five-year-old Charles Vansant of Philadelphia was swimming with his dog when he was attacked.
“Folks on the beach managed to get him out of the water. They carried him back to the reception desk of the Engleside hotel where, unfortunately, he bled out,” said Jim Vogel, Museum of New Jersey Maritime History.

Five days later, 27-year-old Charles Bruder was killed in the water off Spring Lake. Then on July 12 in Matawan, terror struck again.

That’s when 11-year-old Lester Stillwell was attacked while swimming in a creek with friends. As he was searching for the boy’s remains, local businessman Stanley Fisher was mauled by a shark and died. Another boy was also attacked near Matawan, but survived.

The shark attacks made headlines around the world and inspired several books.

Many believe they lead to America’s fascination and fear of these man-eating creatures, depicted in movies like the unforgettable “Jaws.”

As you can imagine, the shark attacks caused swimmers to panic, and some towns even built metal cages around swimming areas to keep bathers safe.

“I try not to live my life in fear, but I am aware that there are sharks,” said Dana Sopko of Old Bridge, New Jersey.

We know much more about sharks now than they did in 1916, but a century later the fear of these creatures has not subsided. 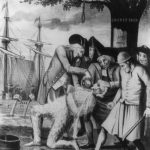 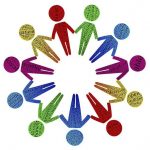