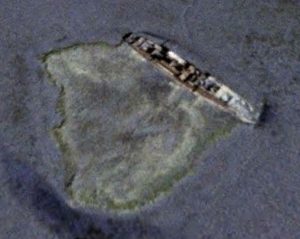 Responding to requests for shipwreck information is one of the most rewarding tasks I do at the maritime museum. This week was no exception. A note came in asking if we knew the identity of what appears to be the silhouette of a ship stranded on an island on the Intracoastal Waterway in Atlantic City. The note included satellite photos of Atlantic City and a close-up of an island with the unmistakable outline of a ship on one side. The museum notebooks had nothing on it. Likewise, nothing in the local newspaper archives. The next logical step was to send this request to some good friends of the museum who are highly respected for their maritime history expertise which came from their sit-and-read research and their personal experience of exploring shipwrecks. All responded with pieces to the puzzle. Within 48 hours, the picture was complete.

The ship in the photos was built in Barber, NJ, by the New Jersey Shipbuilding Corp. in 1942 as the U.S.S. LCI(L) [landing craft, infantry (large)]-269, and leased to the United Kingdom. The Royal Navy called her LCH-269, took command and sailed her to Gibraltar to support the campaign in North Africa.  She served as a supply ship helping Malta during the Italian/German attempt to isolate Malta. And provided support to the invasions of Sicily and Italy.  The next major mission was as a lead landing craft in the Normandy invasion as part of the “Support Squadron Eastern Flank” (SSEF) on Sword Beach.

The final – and perhaps most notable – battle action seen by LCH-269 was the Battle for Walcheren, an island at the mouth of the River Scheldt.  The Allies had taken the port of Antwerp but the Germans controlled access to the river thus blocking shipping and supplies from getting to Antwerp.  LCH-269 lead a fleet of 27 landing craft into the battle knowing that many were decoys drawing fire away from the smaller craft delivering Royal Marines into the battle.  It was a bloody but successful battle.  Of the 27 landing craft, only LCH-269 returned to England.

After the war, LCH-269 was returned to the US.  She was scheduled to be scrapped but instead was bought as Navy surplus and renamed Quaker City.  According to Bob Yates and Bill Gifford, the owner docked her at the end of Ohio Ave in Atlantic City and used her as a storage and sales facility for war surplus goods.  The 1960 list of Merchant vessels in the US shows Quaker City was owned by a George S. Harrington.

According to Eddie Boyle,  “There was a navy surplus ship that was tied up in Venice Park. It belonged to a guy named Herby Henson. He used to sell surplus stuff. The ship broke loose in a Hurricane and they just left it there. Now I don’t know if this is the same ship. It just kept sinking in the mud. But it was on an Island just South of the bridge”

The hurricane was actually the March, 1962 Nor’easter.  In the 1980’s, Gene Peterson, Art Kirshner and Lynn DelCorio swam to the wreck to explore it.  According to Gene, “We swam out to them and then climbed on board and explored them. The decks were thin and there wasn’t much there. It was kind of dangerous but it was fun”.  There is a story that goes with this adventure involving the marine police.  But I’ll let that wait until Gene can tell it himself at some future program.

The WWII history of LCH-269 came from a web site provided to me by Capt. Steve Nagiewicz.  Most of the history is a first-person account given by Petty Officer Basil Woolf of the Royal Navy.  Woolf served on LCH-269 for almost all of its naval service life.  The web address is  http://www.naval-history.net/WW2Memoir-Walcheren.htm
This is a long read (24 pages).   But if you are into war maritime history, it is a most compelling story.

I’m also including the web address to the specifications of LCH-2269.
http://www.navsource.org/archives/10/15/150269.htm . The website blog only allows me to attach one photo. I will try to add more photos to the facebook copy of this story.

Thanks to Bob Yates, Bill Gifford, Rich Venuti, Eddie Boyle, Gene Peterson and Steve Nagiewicz for responding to my request so quickly.  This turned a mystery photo and request into a great addition to our local maritime history. 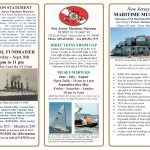 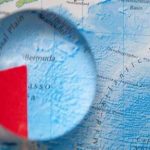