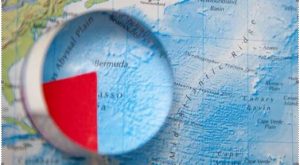 The Bermuda Triangle, also known as the Devil’s Triangle, is a region in the North Atlantic that is generally bounded by Miami, Bermuda and Puerto Rico. Over time, a number of aircraft and ships are said to have disappeared there under mysterious circumstances.

According to “The Bermuda Triangle Enigma” on Britain’s Channel 5, scientists now believe conditions in that area were just right for massive rogue waves.

“There are storms to the south and north, which come together,” said University of Southampton oceanographer Simon Boxall, per the Sun. “And if there are additional ones from Florida, it can be a potentially deadly formation of rogue waves.”

Boxall said these rogue waves could reach 100 feet tall. That would be on par with the largest wave ever recorded: A 100-foot tsunami triggered by an earthquake and landslide in Alaska’s Lituya Bay in 1958, the Smithsonian reported.

Using an indoor simulator, scientists discovered that a model of the USS Cyclops ― a ship that disappeared in the Bermuda Triangle in 1918 with 306 people aboard ― was swamped by a wave and sank. A report last year found that a design flaw would make the Cyclops especially susceptible to rogue waves.

“She had a flat bottom, she rolled quite easily and on one day she rolled approximately 50 degrees one way, and in the high 40s the other way,” author Marvin W. Barrash told Forces News. “And to many vessels that could have just continued and caused a complete catastrophe.”

Two of the Cyclops’ sister ships, Proteus and Nereus, were later lost under similar circumstances. They had the same flaw.

Additional simulations showed that a rogue wave of 50 feet would be enough to sink the flat-bottomed ships, Forces News reported.

The U.S. Coast Guard says there is nothing particularly hazardous about the Bermuda Triangle:
“The Coast Guard does not recognize the existence of the so-called Bermuda Triangle as a geographic area of specific hazard to ships or planes. In a review of many aircraft and vessel losses in the area over the years, there has been nothing discovered that would indicate that casualties were the result of anything other than physical causes. No extraordinary factors have ever been identified.”

“Environmental considerations could explain many, if not most, of the disappearances,” the agency said, adding that there was no evidence that ships disappeared at a higher rate in the Bermuda Triangle than in any other heavily-trafficked ocean route.

“The ocean has always been a mysterious place to humans,” the agency said. “When foul weather or poor navigation is involved, it can be a very deadly place. This is true all over the world.”

This article originally appeared on HuffPost. 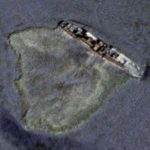 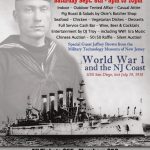